The State of Mercury in Mauritius

THE STATE OF MERCURY IN MAURITIUS

Mauritius ratified the Minamata Convention on Mercury on September 21, 2017. To prepare for the ratification and assist in the implementation of the Convention, the Government of Mauritius conducted a Mercury Initial Assessment (MIA) to quantitatively and comparatively determine the extent of local mercury pollution. Some findings from the MIA and recommendations from the Mauritius mercury team can be found in this brochure.

Surrounded by coral reefs, Mauritius lies on a volcanic island situated off the southeastern coast of Africa. Though Arabs knew of the island as early as the 10th century, it was not discovered until the Portuguese arrived in 1505. Subsequently occupied by the Dutch and French, Mauritius was ceded to Great Britain in 1814, and bcame independent in 1986.

The Mauritian economy is based on textiles, tourism, sugar, and services.

Check out the album below to see more pictures from our visit to Mauritius! 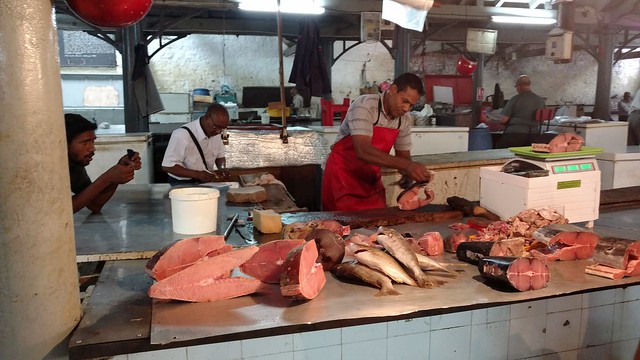