Download the brochure: The State of Mercury in São Tomé e Príncipe (English or Portugese)

Through our Center for Mercury Studies, BRI (an Executing Agency with UNIDO) will work with the São Tomé e Príncipe government to conduct a Minamata Initial Assessment over the next two years. These activities will complement São Tomé e Príncipe's efforts to significantly reduce the exposure of mercury to humans and the environment.

The State of Mercury in São Tomé e Príncipe

THE STATE OF MERCURY IN SãO TOMé E PRíNCIPE

The Minamata Convention on Mercury opened for signature in October 10, 2013 and entered into force on August 16, 2017. To assist with preparations for the ratification and implementation of the Convention, the government of São Tomé e Príncipe conducted a Minamata Initial Assessment (MIA) to quantitatively and comparatively determine the extent of local mercury pollution. Some findings from the MIA and recommendations from the São Tomé e Príncipe mercury team can be found in this brochure.

The Democratic Republic of São Tomé e Príncipe is an island nation in the Gulf of Guinea, off the western equatorial coast of Africa. These volcanic islands are known for their striking rock and coral formations, such as the skyscraper-like Pico Cao Grande. Once a Portuguese colony, São Tomé e Príncipe gained independence in 1975. Due to it's colonial past, the country's culture blends both European and African influence.

MIA Meeting in the News

See Us in Action

Check out the album below to see more pictures from our visit to São Tomé! 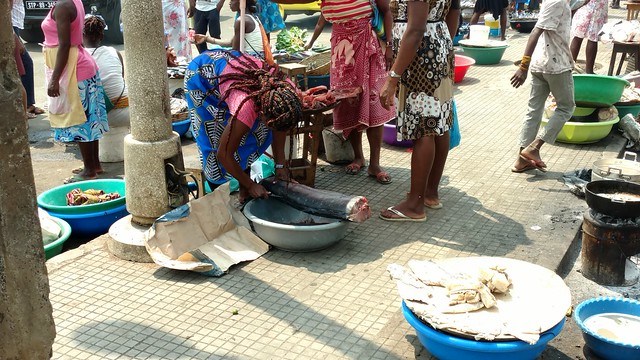